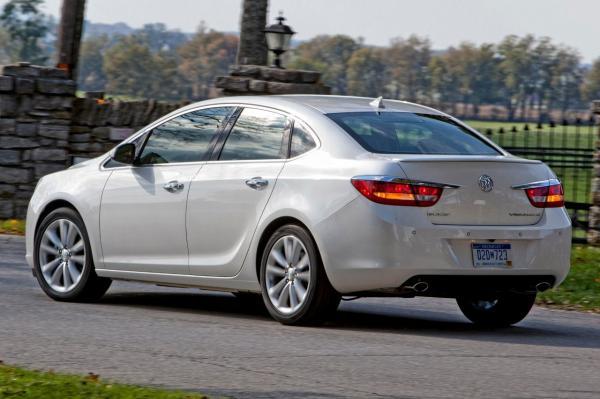 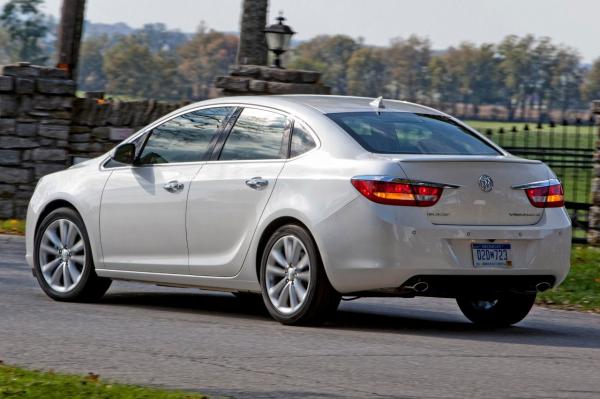 Buick Verano is luxury sedan with four doors. It is priced in such way that I could compete against compact models which are in mainstream and top trim level versions moreover it is also competing entry level versions of luxury car models too. Verano is facing direct competition from Acura ILX in case of price, size and position.

Bruick Verano is having so many exterior features in it like waterfall grille, portholes of hood and projector beam headlights which was having blue rings translucent and all these features are comparable with Chevrolet Cruze. It is having some standard features like 18 inch aluminum and machine face. Models which are turbo in Verano having unique wheels, it is trunk spoiler and exhaust outlets which are two in number.

2013 Buick Verano is also having many interior features which make it different from other cars like Quiet Tuning sound  cabin treatment and also standard leather and cloth upholstery, interior material is soft touch and also Intelli Link touch screen radio which could be connected with Bluetooth and USB could also be used. It is also having facility of voice control and pairing the smart phone with radio. Moreover climate control which is dual and automatic and ambient cabin lighting also adds in its features.

The Convenience Group buyers select the characteristics like multiple seats like driver, heated front seats, and heated auto dimming interior and exterior mirrors. “It has also a universal door opener for the garage. The wheels of the car are made up of forged aluminum and of 18 inch diameter.” Other characteristics of car added by the Convenience Group are rear parking sensors and cross assist sensors are also added in them. Another specification of the cars is rear cross and side blind zone alert system. Other warning and alert systems include lane departure system.

“2013 Buick Verano has the engine specification like a 2.4-liter 4-cylinder engine, direct fuel injecting system, which give the horse power to engine up to 180hp, producing a torque to the extent of 171 lb.-ft.” Such power gives the force to the front wheels via manual driver shift control.

On the other hand engine capacity of Verano Turbo is same as that of 2013 Buick Verano having an engine capacity to the extent of 2.0-liter with 4-cylinder engine, which is also present in the Buick Regal. The engine has power of almost 250 horsepower and production of 260 lb.-ft. of torque. It has also 6-speed automatic as well as in the 6-speed manual gearbox transmission.

Since the date of publishing of this over view therating of the 2013 Buick Verano model were published by EPA with the 4 cylinder engine having capacity of 2.4 liters while the ratings of Verano Turbo are not yet published.

There are 10 airbags in each of the Verano 2013 model of standard size. It is also equipped with the stability control and traction system, anti lock 4 wheel disc brakes and panic breaks are also present in it. Smart pedal override, reversing camera system along-with six months OnStar services with automatic crash system is an added advantage. 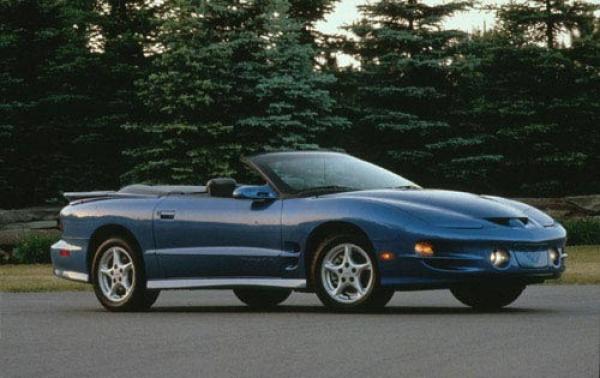