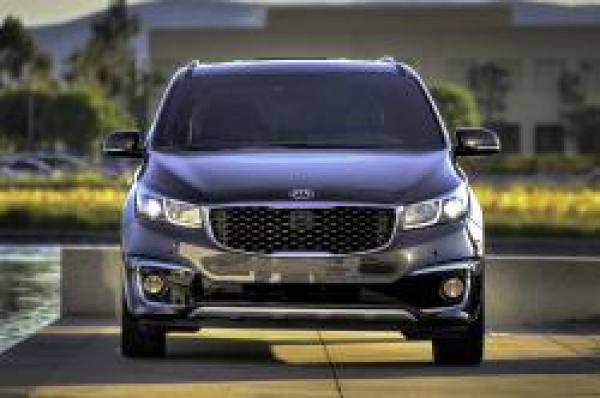 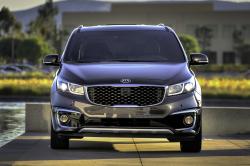 015 Kia Sedona, Minivan with a swagger

Words such as sporty, striking and flashy are not usually relevant to the minivans. But the motivated gang from Kia has administered just that by injecting each of them into its new vehicle, Sedona. With the 8 passenger capacity, enough cargo space to load family necessities and carrying a horde of regular and optional features for safety all we would say is: “the new Kia Sedona is going to become a must buy for consumers who put values at the forefront”.

Only a day ago the passing of the VW Kombi was presented in an emotional video on the website, now we have detailed news on the appearance of the 2015 Kia Sedona, the newest breed. Probably it is a coincidence. The new Sedona is powered by a 3.3 L V6 producing 276-hp and it is mated to a 6-speed transmission and it also acquires new suspension. With fun features included the kid-ferrying duty is going to get more interesting. The Kia minivan is definitely not going to achieve the status of the spiritual leader of a minivan, the VW Kombi; it is going to stand on its feet riding on quality.

The direct injected Kia engine replaces the 3.5 L of last year and it offers 7 more ponies in comparison. Torque has also grown to 248 lb-ft, though the gear shifting is handled by the same 6-speed automatic. No official figures for fuel economy is released by Kia but it is expected that it will improve on the previous 17/24 mpg EPA city/highway figures rated for the 2014 model. According to the claims of Kia, the torsion stiffness has been increased by 36% to the closest rival by inducting high-strength steel for three-fourth of the body, large-diameter welds and using structural adhesives.

The Sedona is the last minivan from Kia to wear the much lauded design by Peter Schreyer. The van’s length has been increased by an inch, wheelbase by an inch and half and no addition to the width, but height has been lowered by half inch. Keeping the safety of passengers in mind Kia had provided all that is necessary to upkeep it and that include standard brake assist, rollover mitigation, hill-start assist, collision warning, blind spot detection, rear cross-traffic alert, radar cruise control and cornering brake control.

2014 New York Auto Show will witness the debuting of the 2015 Sedona and deliveries will be scheduled for the early part of this year fall. 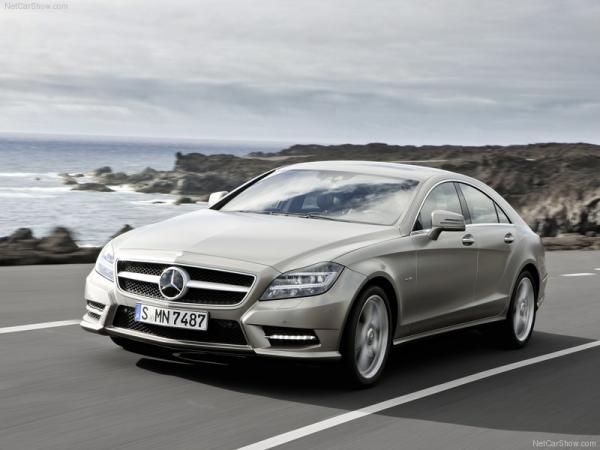