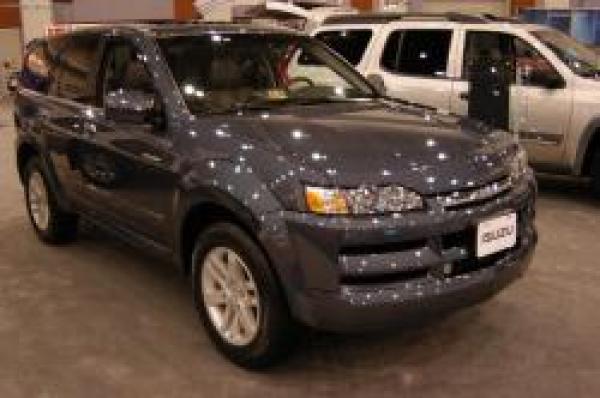 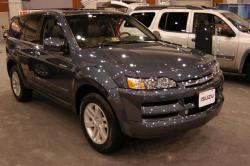 The 2004 Isuzu Axiom can draw a lot of positive attention through its unique shapes and lines for a SUV. This is one of those SUVs that can bring in compliments when least expected. Moreover, there are three major reasons wherefore this car makes an excellent family addition. First, it enhances Isuzu's direct injection system with the 3.5 liter V6 engine. Second, it represents one of Isuzu's most powerful SUVs, especially since the Japanese manufacturer has never really been fond of such a chassis. Last, but not least, most tests recommend this vehicle for one of the best four wheelers of 2004.

It has the looks!
The 2004 Isuzu Axiom can stand up in the crowd. It is large, august, gallant and imposing. Most trends in 2004 came with straight lines. Curves were almost always out of discussion. Isuzu changed this trend with a curvy SUV though. Small headlights give it a dangerous appearance as well, while the road clearance leaves no room for mistakes. This four wheeler makes an excellent choice for freeways, cities and rugged terrains. You can take it on your camping trip in the mountains and have just as much fan as in a nearby city.

The Japanese reliability underlines multitasking possibilities
Whether you wanted to buy this car in 2004 or in 2012, there are no doubts that it makes a very attractive buy. Moreover, the styling will simply set it apart from other SUVs. It can be a regular car with a top notch maneuverability, but it can also become a station wagon for your business needs. Turning the 2004 Isuzu Axiom into a full frame track is not that hard either. Multitasking is part of the process. Popular Science editors also agree on a great fuel economy. With a 3.5 liter V6 engine, you got 250HP and one of the least expensive vehicles to provide this system.

“Automakers abroad that need to squeeze more power from their engines with less gas often use direct-injection (DI) technology.”

Exploring Axiom's extra features
The dual suspension gives you the chance to adjust the vehicle to the road conditions. The three channel ABS braking system is just as handy. As for the inside, drivers benefit from an exquisite fuel consumption, calendars, reminders, temperature, climate systems, audio systems and many others. The built in cup holders are not to be ignored either. The Auto Channel makes a simple and interesting description too.

“The 250 HP Isuzu Axiom is full of surprises... and all of them good. With its SUV type good looks it compares very favorably with the others in the parking lot... and when it comes to heftyness it leads the pack in towing with a capacity of 4500lbs, and a carrying payload of more than a half a ton.”