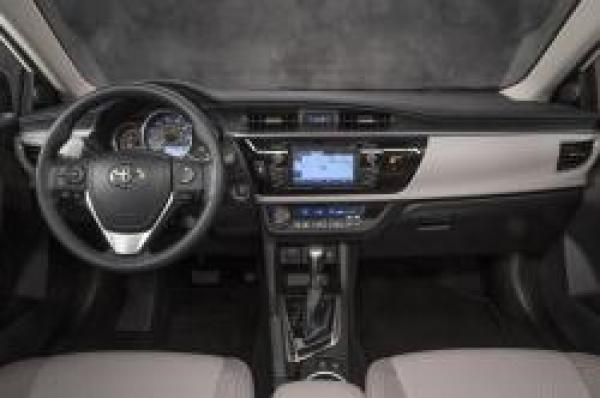 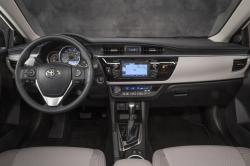 “Toyota Corolla is a trademark sedan of Toyota Company and is among the largest selling and most popular cars across the world.” The demand for Toyota Corolla has always been high and is a car that is a priority for many people when choosing a sedan. It provides luxury as well as economy and is an ideal car for a family. The success of Toyota Corolla is no secret and it has led to new models coming out each year, all of which are eagerly anticipated.

The Toyota Corolla 2014 comes out with much more improved features and specs and is a car that is likely to capture the market as usual.

The new exterior of the Toyota Corolla 2014 is more athletic and offers a much better aerodynamic shape. It looks appealing and classy and is in line with the modern designs. The new model is three inches longer than its predecessor and has an additional four inches of wheel base to go with it. The overall look on the outside is much more enhanced this time round.

The interior has also improved significantly with a sleek and stylish design apart from the comfort that is characteristic of the model. The two tier cabin makes more room and the car is much more spacious and comfortable this time round. The dashboard has a soft material stitching which is appealing as well as comfortable and provides an overall sense of perfection inside the car.

The 2014 Toyota Corolla has amazing features that can truly lighten up the driving experience. The Bluetooth hands free calling, audio jack, USB input, iPod connectivity, power windows and mirrors and the telescopic steering wheel adjustment. The drivers wheel can be height adjusted and the car has LED low beam lamps which are extremely effective at night and do not disturb other drivers.

“The fuel economy of the car is also delightful despite all the added benefits. The car is as usual good on fuel consumption with around 30 mpg on average and 40 on the highways.” The Eco-Mode further ensures that the consumption is extremely low.

When it comes down to safety, Toyota Corolla 2014 has maintained its standards. The brake assist, electronic stability control and the anti-lock brakes are the features that really add the safety to the car and make it ideal for use for a family. 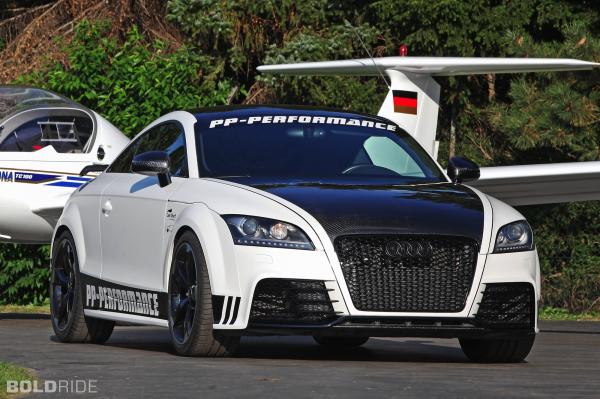