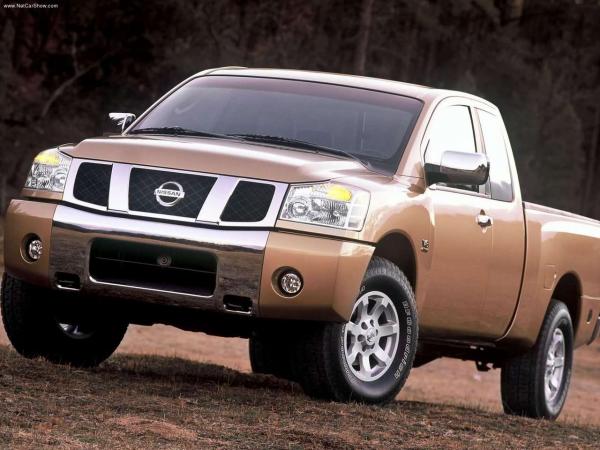 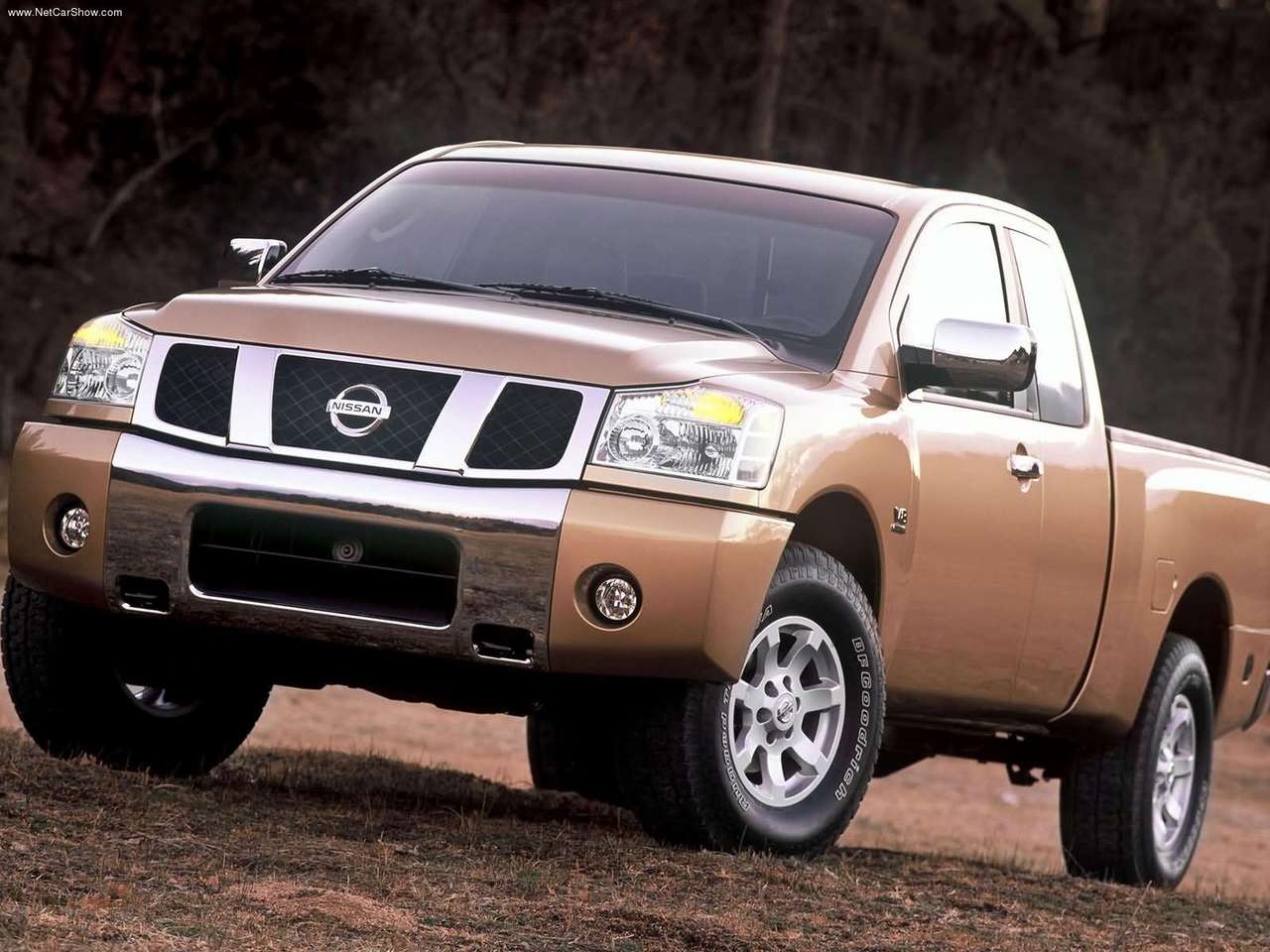 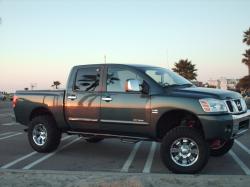 In 2004 Nissan Titan was released in 12 different versions, 1 of which are in a body "Crew Cab Pickup" and 1 in the body "Extended Cab Pickup".

At the time, according to the manufacturer's recommendations, the cheapest modification 2004 Nissan Titan 4dr King Cab XE Rwd SB (5.6L 8cyl 5A) with a Automatic gearbox should do its future owner of $22400.On the other side - the most expensive modification - 2004 Nissan Titan 4dr Crew Cab LE 4WD SB (5.6L 8cyl 5A) with an Automatic transmission and MSRP $34300 manufacturer.

The largest displacement, designed for models Nissan Titan in 2004 - 5.6 liters.

Did you know that: The most expensive modification of the Nissan Titan, according to the manufacturer's recommendations - 4dr Crew Cab LE 4WD SB (5.6L 8cyl 5A) - $34300.

For models of the Nissan Titan in 2004 were used the following colors in the color of body: Canteen, Copper, Deep Water, Galaxy, Radiant Silver, Red Brawn, Sedona, Smoke, White. 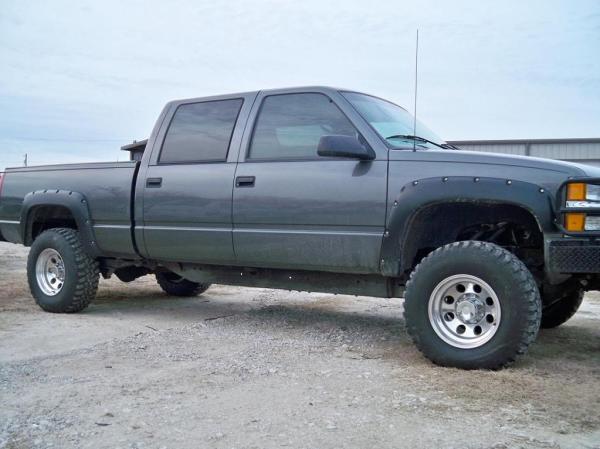